Called to Serve: VCOM-Carolinas Alumna Exemplifies the Mission in Africa

Chelsea Porter, DO, lives in one of the most unforgiving landscapes on earth. She sleeps under a mosquito net to avoid malaria, and her diet consists largely of beans and rice. She is in West Africa, in the Republic of Niger, ranked by the UN as the poorest country in the world.

Dr. Porter and her husband, Ryan Porter, MD, were drawn to this region by the Danja Health Center, located on the southern edge of the vast Sahara, a medical clinic that cares for people from surrounding villages and beyond. The Danja Health Center also includes long-term care facilities for patients with leprosy, major wounds and burns, and women with obstetric fistulas. Women and girls travel to Danja from all over Niger as well as bordering Nigeria to receive treatment, relief and restoration.

A fistula is a passageway that forms between two areas in the body. Women in many third world countries develop obstetric fistulas due to prolonged and obstructed labor, which is particularly prevalent among child mothers with immature pelvises. Other contributing factors may include scarcity of basic healthcare, lack of education regarding reproductive health, and the practice of female genital mutilation.

If left untreated, fistulas can lead to chronic medical issues including ulcerations, kidney disease, and nerve damage in the legs, as well as psychosocial and emotional health problems. Obstetric fistulas lead to incontinence; the smell is constant and humiliating. Women are viewed as outcasts and as “unclean” individuals, often divorced by their husbands and shunned from their families and villages.

Fistulas are treatable, but the treatment requires the expertise of a doctor, one of the rarest commodities in the world’s medically underserved communities.

Called to a Mission

Before coming to VCOM, Chelsea’s life was already on a path that embodied the College’s Mission to serve communities most in need. In 2007, she traveled to remote areas in Rwanda and toured a suffering hospital, which had only one doctor providing care.

“The head nurse described their struggles and the need for doctors,” said Dr. Porter in a recent interview. “It was the first time I had seen human suffering of that magnitude.”

“I felt the Lord call me to become a doctor to share his love with the many hurting and in difficult places. This became my drive. I had seen the suffering and I knew I wanted to respond.”

In Rwanda and on subsequent overseas trips, as Chelsea spent time nurturing people, demonstrating herself to be genuinely interested in the well-being and dignity of those most in need, one persistent challenge was apparent to her: the scarcity of medications available. With this in mind, Chelsea pursued an education in osteopathic medicine.

“I knew that having the ability to use osteopathic manipulative medicine would be an extra tool to help serve people where resources are so limited,” she explained, continuing, “VCOM was my first choice after seeing its heart for the underserved and the ability I would have to go overseas as a medical student.”

During the medical school application process, she served on a mission trip in Haiti following the earthquake in 2010. While coordinating a program for malnourished children at the Canaan Clinic and Orphanage, she met Ryan Porter, then a first-year medical student at the University of Arkansas, now her husband and mission partner in West Africa. 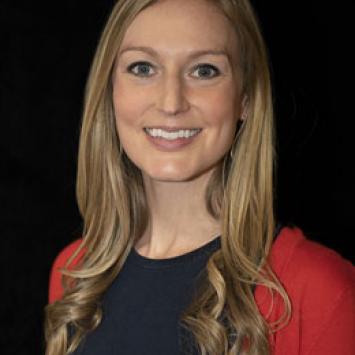 It is a privilege, an absolute privilege to become a doctor and receive the education necessary to care for people in their most vulnerable moments.

VCOM is known for a central Mission, which undergirds all College endeavors, from curriculum to research, from student engagement to the close-knit culture created by faculty and staff. The Mission to prepare globally-minded, community-focused physicians to meet the needs of rural and medically underserved populations draws students who are characterized by their pronounced personal drive to serve communities most in need – even while in medical school! During her years at VCOM, Chelsea exemplified this, balancing the rigorous academic demands with extensive service activities.

“I put pictures from mission trips up in my study room,” she remembered; “I had faces of people I met along the way, to encourage me and remind me of why I’m doing what I’m doing, why I am studying all these long hours.”

As a VCOM student, Chelsea initiated a clothing drive to support a soup kitchen and homeless shelter in the Spartanburg, South Carolina area. She volunteered at the Miracle Hill Homeless shelter, assisting with dinner services. She also volunteered at Spartanburg Regional’s Hospice Home, visiting inpatients and their families in their last days of life, supporting their comfort and dignity.

“She has a selfless attitude and strong initiative,” remarked Matthew Cannon, DO, VCOM-Carolinas Dean, “She believes fully in the philosophy of addressing ones’ needs of health and well-being by incorporating the relationship of mind, body and spirit.”

Many students are drawn by VCOM’s robust international outreach program, and Chelsea was no exception. In June 2013 she served on an international mission to El Salvador. During this inspiring week-long trip, VCOM students provided medical attention for patients in local villages, community clinics, orphanages and schools.

For Chelsea, the trip deepened her concern for the hardships endured by populations in impoverished and underserved regions and further solidified her desire to care for vulnerable communities.

Preparing for a Future of Service

After graduating from VCOM-Carolinas with the Class of 2016, Dr. Porter’s residency at Via Christi Family Medicine in Wichita, Kansas built on her VCOM foundation, adding high risk obstetrics skills, some training in tropical medicine and proficiency in performing cesarean sections.

“I did my training in Family Medicine,” said Dr. Porter, “but I made sure to find a program that had a focus on International Medicine and also had a focus on Obstetrics.”

“I continued to seek God’s guidance in each step and am so thankful for the training I received.”

As Dr. Porter describes her education at VCOM and beyond, it is clear that every new chapter was built on the previous one, resulting in an exceptionally well-rounded physician, board certified in Family Medicine, highly skilled in obstetrics, with a heart for serving those most in need.

“I took an elective in gynecologic oncology, assisting in hysterectomies. I also took a month-long international rotation, which is how my husband and I heard of the amazing ministry opportunities in Niger and came to choose our country in West Africa.”

When the Porters heard about the health center in Danja, they were in a neighboring West African city during her international rotation in residency. Back home in the U.S., the Porters learned more about the needs in Niger and through much prayer, decided to move to Africa.

In February 2020, Drs. Chelsea and Ryan Porter left their friends, family, colleagues and the comforts of home, embarking on their mission. The early weeks of March found them digging into language studies and devoting themselves to acclimating to the unwelcoming West African climate of relentless heat and pervasive dust, leading to allergic reactions. But 2020 had more in store for the Porters than those challenges. [Figures 8 & 9]

In the wake of the Covid-19 global pandemic, many in Niger lost their jobs and access to food. By late June, the Danja Health Center felt the impact. In a newsletter, Dr. Ryan Porter updated friends, “Chelsea’s desire has always been to share the love of Jesus with marginalized women by providing healthcare, and she has been interested in learning the procedure to repair fistulas for a while. Sadly, this amazing center is at risk of shutting down due to lack of funding and lack of a fistula surgeon.”

Since then, a major donor has reduced support after their own funding decreased as a result of the pandemic. The fistula center has now temporarily suspended service until adequate funding is raised.

Scarcer than Funding is Expertise

Even with adequate funding, the Danja Fistula Center has long lacked a full-time surgeon. While nurses and other staff carried on the work of the clinic, patients waited for a surgeon to fly in from America or elsewhere to perform fistula restoration procedures in batches.

“There is a crucial need for a fistula surgeon, so I am going to learn this procedure,” affirmed Dr. Porter, who is eager to do this much needed work, once the program is funded and operational.

In January she plans to begin the training that will eventually lead to the Danja Fistula Center having a full time, in-house surgeon.

In addition to surgery, the Danja Fistula Center provides physical therapy, counseling and job skills during a three-month reintegration program.

“Living with other fistula survivors, these women see they are not alone. They are met with kindness and shown that they are accepted and valuable! They receive counseling and learn to sew and embroider so they can enter back into their societies knowing they are an asset; it truly is a remarkable place!”

For now, the Porters serve as missionaries, pray the Center will be funded, and work on learning enough Hausa language to no longer need a translator. While the Fistula Center is closed, other parts of the Danja Health Center remain functioning, allowing the physicians to participate in a medical setting and connect with local healthcare workers.

“We are thankful for this opportunity and we are praying the funding comes in so we can continue this beautiful work.”

To learn more about the Danja Fistula Center or to donate, please visit www.danjahealth.org