Elizabeth A Palmarozzi, DO, FACOFP 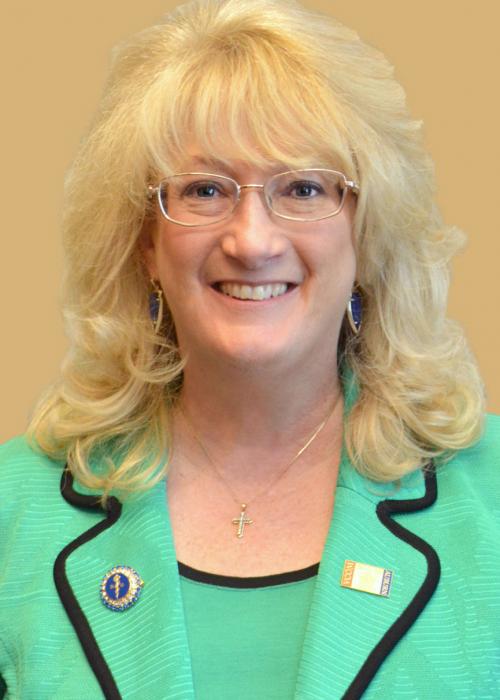 Dr. Palmarozzi began her Osteopathic Medical career in a private Family Medicine practice in Michigan. After four years she returned to Texas where she continued a private practice while being named Chief County Health Officer of Hood County while in Granbury, Texas.  She began volunteering as a preceptor prior to her move into a more full time academic commitment.

In 1993, Dr Palmarozzi began her academic career at the University of North Texas Health Science Center (UNTHSC) Texas College of Osteopathic Medicine (TCOM).  She was appointed to the Family Medicine Department where she actively participated in classroom lectures, small group sessions and clinical preceptorships in both undergraduate and post graduate medical education.  She served in multiple leadership roles, including multiple Medical Directorships, Residency Program Director and eventually Chair of the Department of Family and Community Medicine.  While there, she was appointed Chair of the Department of Family and Community Medicine at John Peter Smith Hospital and Health Network, the local County Health facilities. Additionally she served as the Chief Medical Officer of a division of UNT Health, the clinical enterprise of the UNTHSC. Under her leadership, the department grew from less than 20 to more than 60 full-time faculty, and the clinical revenue exceeded all prior years in the history of the department.  After 16 years of service, she departed UNTHSC.

In 2009, Dr. Palmarozzi joined the University of Texas Southwestern Medical Center at Dallas as Professor in the department of Family Medicine.  While there, she was awarded the Stanley Gilbert MD Professorship in Family Medicine.  She served as Vice Chair of the Department of Family and Community Medicine, was active in residency and undergraduate education and maintained an active clinical practice.

Through the years, Dr. Palmarozzi served in multiple academic and professional association leadership positions. She was appointed to the Texas Higher Education Coordinating Board, where she served from 2003-2008.  She is a past president of the Texas Osteopathic Medical Association (TOMA), Texas Society of American College of Osteopathic Family Physicians (TXACOFP), Texas College of Osteopathic Medicine Alumni and Rotary International. She served as Program Chair of the American Osteopathic Committee on College Accreditation and Training (CCAT) 2003-2004. During this time she served as a Member-at-Large of the Council on Pre-doctoral Affairs from 2001 – 2004, prior to its reorganization to the current Council of Osteopathic College Accreditation (COCA).  She served as the Program Chair of the 2010-2011 annual ACOFP scientific educating and research symposium held in San Antonio, Tx.  Dr. Palmarozzi has numerous other chair and membership appointments.