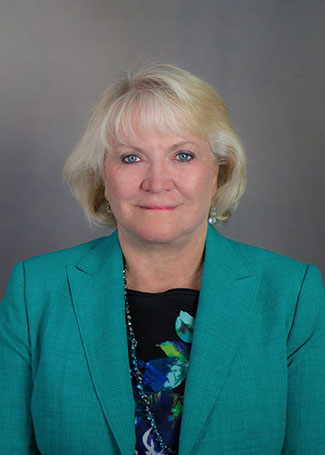 CHICAGO (JANUARY 1, 2018) – The American Osteopathic Foundation (AOF) welcomes Dixie Tooke-Rawlins, DO, as the organization’s Board President for 2018.

Dr. Tooke-Rawlins is President and Provost of the Edward Via College of Osteopathic Medicine (VCOM) in Blacksburg, Virginia, as well as its branch campuses in Spartanburg, South Carolina, and Auburn, Alabama. As VCOM's founding dean, she played a key role in establishing VCOM's first campus in 2001.

Fostering personal connections, ensuring relevancy in a rapidly changing landscape, and seeking new opportunities that enrich and advance osteopathic medicine will be key goals during her tenure as AOF President, which began on January 1, 2018.

"Being elected president during this transformative time in our profession is exhilarating, as there are many opportunities for the AOF to provide leadership and direction to ensure sustainable, impactful programs are administered that will have a lasting impact on the health of patients across the country," she says. "While the AOF has a strong and proud legacy, I'm excited for the future, as the AOF is positioned to help advance activities of osteopathic doctors that improve health care in communities around the world."

Dr. Tooke-Rawlins began her career as a practicing physician, specializing in emergency and family medicine for 15 years before joining academia full-time. She has served as faculty at multiple medical schools as well as residency program director and director of medical education, giving her first-hand experience on how vital grants and scholarships are to today's medical trainees.

She is a passionate advocate for the role osteopathic medical education can play in increasing access to medical care in rural areas and improving a community's well being. VCOM's mission, “educating globally minded, community focused physicians for rural and medically underserved areas," aligns with the AOF's expanding efforts to support students and physicians doing invaluable work in such regions.

As the number of grants, scholarships and awards the AOF provides continues to grow, Dr. Tooke-Rawlins will work to build new connections and strengthen existing donor relationships. "Regardless of the amount, every person who contributes to the AOF makes a statement about their commitment to the profession and helps the AOF to reach more, impact more, D-O more" she says.

Peter B. Ajluni, DO, 2017 AOF President, was thrilled to pass the torch to Dr. Tooke-Rawlins.  "There’s no one in the profession like Dixie. In addition to being an exceptional leader, and inspiring educator – she is a compassionate person and an excellent DO! Her leadership is a tremendous asset to the AOF at a time when the organization is blazing new trails for osteopathic philanthropy."

Dr. Tooke-Rawlins received her Bachelor of Science degree from Truman University and her DO degree from the Kirksville College of Osteopathic Medicine. Both of her sons are osteopathic physicians as is her husband, Frederic Rawlins, DO. They have three grandchildren.